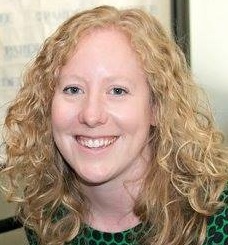 Jessica Collins joined the Board of Directors in 2017 and is a native of Hendersonville. After graduating from West Henderson High School, she attended Appalachian State University where she earned her Bachelor of Science and High Point University for her Master of Science. Jessica is currently employed with Pardee Hospital as the Physician Liaison.
Jessica is a graduate of Vision Henderson County class of 2017 and the United Way Rising Leaders Program. She is also an active member in Junior Welfare Club of Hendersonville and the Appalachian State University Alumni Chapter Leadership Board. 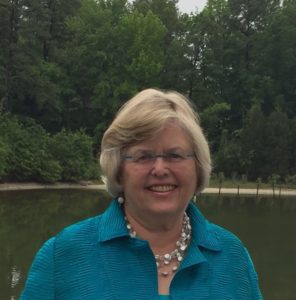 Susan Thomas has been a full time resident of Henderson County since 2015.  Before that she lived in San Antonio, TX where she spent 40 years teaching high school mathematics.  She also served as a consultant for the southwest region of the College Board, and was an adjunct professor at the University of Texas at San Antonio.   She is a past president of the Texas Council of Teachers of Mathematics.   She has a B.A. in mathematics from Vanderbilt University and an M.A. in Curriculum and Instruction from the University of Texas at San Antonio.   In Hendersonville, she also serves on the board of the Children and Family Resource Center, and she has tutored at the Boys and Girls Club and at Bruce Drysdale Elementary School.  Susan and her husband Ken have one daughter who lives in Nashville with her husband and two small daughters. 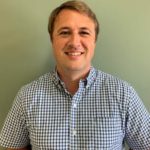 Mark Russell is the general manager of Southern Alarm and Security. He is originally from Buffalo, NY and attended Wake Forest University with a BA in Communications. Mark has spent 10 years in high education fundraising between Wake Forest, University of Buffalo, and Virginia Tech. Mark is married to Emily Johnson Russell. They have two young daughters. 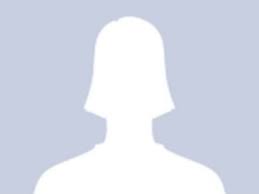 Patti Baker is a partner at BGW CPA, PLLC. She has worked at the Hendersonville office for 12 years. She has served on many nonprofit boards and is currently the treasurer of the United Way of Henderson County. Patti has lived in Hendersonville for over 22 years and has two daughters and one son. She enjoys traveling in her spare time. 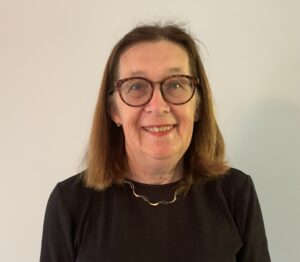 Chris Becker is a retired educator from New York state who moved to Henderson County in 2016 with her spouse, Fritz. Chris brings a wealth of experience as an educator, grant writer, and chairperson for the Inner Wheel USA Foundation, a national organization. In her free time, she serves at her church, Trinity Presbyterian, and works as a volunteer at Four Seasons Hospice Resale Store.

Lauren is currently a busy stay-at-home mom.  She has a Master’s of Education Degree in Communication Sciences and Disorders and seven years of experience as a licensed speech-language pathologist in NC Public Education, including three years with HCPS. She is also the daughter of an educator.

Dale Salvaggio Bradshaw, a native of Henderson County and Hendersonville High School graduate, is self-employed working as a property manager and co-owner of Eagle Self Storage in Hendersonville. Dale has a marketing and communications background and brings her experience as an HCPS parent and former HCEF employee to the board. Dale has previously volunteered in the community in the PTO at her children’s schools, First United Methodist Youth Group,  Junior Welfare, Boys & Girls Club, and Community Foundation of Henderson County’s Scholarship Committee. Dale is married to Steve Bradshaw and has two children, Charlie and Sophia.

native of Chile and has been a permanent resident of Henderson County since 2003. Before that, she came to Hendersonville as an exchange student in 1994-1995 and graduated from North Henderson High School. She holds an MBA from Universidad de Concepcion. She graduated in 2000. She also has a Master’s Degree in Clinical Mental Health Counseling

from Montreat college. Claudia works with Full Circle Community Wellness as a Licensed Clinical Mental Health Counselor. She is married to Matt Dalton; they have a son (15) and a daughter (12).  She is passionate about mental health, supporting public education, family life, and serving those in need. 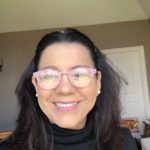 Melisa has more than ten years of experience as a Certified Spanish Interpreter (CHI). She works for Western North Carolina Interpreter Network and Verbatim Language Solutions. She offers a blend of creative, cultural,  and communication strengths.

Melisa has lived in Hendersonville since 1998 and has been involved with Henderson County Public Schools since 2006. She has taken roles as an ESL Substitute teacher, PTO president at HHS, and most recently as a member of the Superintendent Parent Advisory Committee. Melisa also volunteered and helped to start  El Centro and its newsletter, “Contacto Hispano.” She is also an active member of the community and has served on different boards.

Melisa graduated from AB Catholic University in Caracas, Venezuela with a Bachelor of  Arts in Communications and Journalism. After graduating, Melisa worked as a TV journalist for five years. She also worked as a Communication Officer for AFS-Venezuela Studies Abroad and Leo Burnett Company in Venezuela.

Melisa has three children all of them graduated from Hendersonville High School and she is married to Efren D. Escobar.

Graham Fields serves has served as Assistant to the President at AdventHealth Hendersonville since 2009. Focused on community outreach, business development and strategic planning, his role is to represent AdventHealth and engage numerous constituencies throughout the region to better understand and serve the area’s unique health care needs.

A native of Asheville, Fields graduated from the University of North Carolina at Chapel Hill with highest honors and distinction with a Bachelor of Arts in Journalism and Mass Communication. His honors thesis, “Oak Trees Among Bushes: A Study of Appalachian Stereotypes in the Beverly Hillbillies,” reflects his passion for the people of Western North Carolina.

He lives in Fletcher and is married to Leslie Fields, a native of North Wilkesboro, who is an educator with Henderson County Public Schools. They are members of Biltmore Church and enjoy traveling, hiking and music. They have a son named Alexander who is 11-years-old and has been to all 50 states and almost all the national parks. 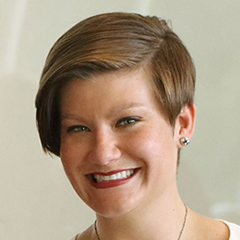 Molly McGowan Gorsuch served as the public information officer for Henderson County Public Schools for eight years. She joined the HCEF board in 2018.  She currently serves as the Director of Client Engagement for Rhodes Branding. She holds a B.A. in Journalism from Elon and an M.S. in Communications from Purdue and proudly promotes teacher, student, and school accomplishments through her experience in public education communications.
A graduate of Vision Henderson County class of 2015, Molly also serves on the Board of the North Carolina School Public Relations Association and is an active member of the National School Public Relations Association. She also is on the Board of Hendersonville Sister Cities, is a member of the Chamber of Commerce’s Education Committee,  and serves as President of Elon’s  Asheville Alumni Chapter.

Dan Poeta served in the United States Air Force from 1989-1993 as an Aerospace Ground Equipment Mechanic. Dan and his wife Katrina relocated to Hendersonville in 1997 from Texas. Katrina is a Math III teacher at North Henderson High School. They have two children, Gabrielle (22), who is currently working for the University of Texas, and Brendan (18), Class of 2022 HHS. Brendan has entered the U.S. Air Force. Dan is the owner of Horizon Heating & A/C, established in 2010. Horizon currently employs 53 people, serving WNC and the Upstate. He is a licensed contractor for HVAC and Electrical in both NC and SC. Dan is a past President of the Henderson County Education Foundation, and serves on the Henderson County
He graduated from Vision Henderson County’s Class of 2013. 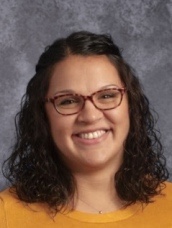 A Chicago native, Katie Rogers is happy to call Hendersonville home with her husband, Josh, and three children, Holden, Sawyer, and Miriam.  Katie is an educator in the Henderson County Public Schools system and serves as the Media Coordinator at East Henderson High School.  Before this, Katie served as an English teacher here in Henderson County, North Augusta, SC, and Walterboro, SC.  She received her Bachelor of Arts in Secondary Education (English) at Arizona State University and her Master’s degree in Library & Information Science (School Library Media) at the University of South Carolina.  Katie has a passion for leadership, equity, and branding through social media and hopes to allow those passions to serve HCEF and our community well in the coming years. 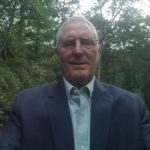 Before his retirement, Alan Skelton served as President of Wilson Learning, a seminar-based training company. He is the founder of CTI, a telecommunications company, and co-founder of Thomas Golf, an internet -based golf equipment and technology company. Alan has been involved with education in many capacities including fund-raising and board membership with the NC School for the Deaf. As a native of West Virginia, his love for the mountains brought him and his wife, Janie, to Hendersonville, NC 25 years ago. 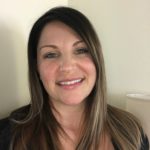 Amanda Staton is a Regional Services Senior Consultant with Wells Fargo Bank, NA. She has been a resident of Henderson County for the last 18 years, and a graduate of Montreat College in Black Mountain. For the last ten years, Amanda has worked with the community through her career with Wells Fargo in Henderson County. Her company is passionate around allowing her to be involved with various events. Amanda has been married for eight years to Jason Staton, a native of Henderson County and graduate of Hendersonville High. They have three sons, Caleb (a junior at West Henderson High School), and Mason and Maverick who are two and under.