HCEF Names a Veteran Educator as its New Executive Director 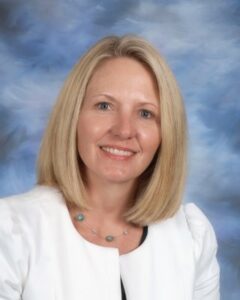 The Henderson County Education Foundation has named Peggy Marshall as its new Executive Director. A native of Hendersonville, Marshall will take over from Executive Director Summer Stipe, who is stepping down after five years to pursue a new business.

Of her new leadership role, Marshall said she is looking forward to learning more about the Foundation’s fundraising initiatives and helping donors make a positive impact in the areas that matter most to them.

“As the new Executive Director, I embrace the opportunity to share my story and the story of the Education Foundation with others so we can extend our legacy of excellence to greater heights and spread our influence to greater numbers as we continue to ‘invest and respond’ to the needs of students, staff, and the communities of Henderson County,” she said.

A Career of Distinction

Since 2020, Marshall has served as a Leader in Me coach and consultant with Franklin Covey, working with over 50 public schools in the Southeast. She was previously responsible for implementing Leader in Me at two Henderson County schools, Sugarloaf Elementary and Apple Valley Middle School. Leader in Me is Franklin Covey’s whole school transformation process,  teaching student empowerment,  leadership and life skills.  It is currently in place in 11 Henderson County schools

In her leadership roles as assistant principal and principal, she partnered with community organizations to secure volunteers and funding for school programs and initiatives. Marshall has a Masters degree in Education from the University of Scranton in Scranton, PA., and is nationally board certified as an Early Childhood Generalist.

“With Peggy’s stellar background in Henderson County education and her track record of collaboration with others, she has been able to promote a vision of excellence in our schools and within the school system,” said Jessica Collins,  Board Chairperson for the  Henderson County Education Foundation. “Because of that, we couldn’t be more excited to work with her in building the next chapter in the Foundation’s bright future.”

Summer Stipe will continue serving as the part-time interim director, working with the board and Marshall to ensure a smooth transition.