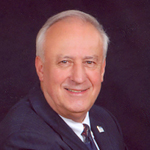 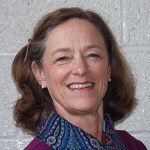 A former principal of Sharon Smith Burlingame’s writes that Ms. Burlingame “put children first in all that she did.” As an exceptional students teacher with Master’s level training in teaching deaf students, Ms. Burlingame served the entire county during her tenure with the Henderson County School District, even working to teach other instructors sign language and emphasizing strong communication with parents as they help their children navigate through the distinct obstacles many exceptional students face.

Ms. Burlingame was not only an educator, she was also an advocate for students and their families. She has served on numerous boards and committees designed to help students in need, including foster students and students with disabilities. During her career and since her retirement, Ms. Burlingame has continued to serve the purpose of education in Henderson County. She currently works with the League of Women Voters in Henderson County and is active in the Kids Voting program. 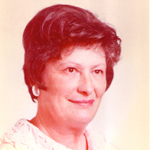 As a schoolteacher in the early days of her career and as a Junior English teacher at Hendersonville High School from 1955 until her retirement in 1977, Mrs. Croft touched the lives of countless young men and women, instilling in them a love of English literature, poetry, and language.

Mr. Croft attended Western Carolina Teacher’s College (now Western Carolina University), where he received teaching certifications in science. After his graduation in 1951, Mr. Croft received his Master’s degree from Columbia University in New York City before returning to the North Carolina mountains to teach at Christ School in Arden. When East Henderson High School opened in 1960, Mr. Croft took a position in the school’s science department, where he taught chemistry, biology, and physics for nearly a decade.

Mr. Croft became principal of Edneyville High School in 1967 and served in that position until his retirement a decade later. During his career, Mr. Croft was instrumental in establishing a supportive community for the students and teachers with whom he worked. He wanted the very best for every student and he gave his very best to see that each student received the best education he/she could get.” 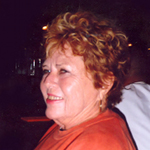 Dorothy Louise Newman Whitmire has been described as a “pioneer” teacher in Henderson County by her former student and nominator Dr. Linda McKinnish Bridges. As an instructor in physical education and biology during East Henderson High School’s inaugural year, the impact that Ms. Whitmire left on the students and educators in Henderson County is clear in the sentiments of her former students and co-workers, including the student who credits Ms. Whitmire for nourishing her self-esteem in P.E. class during the often formidable high school years, and the young teacher who remembers Ms. Whitmire as a mentor who “guided and directed me while still allowing me to discover my own direction and my own mistakes, sometimes falling back on her counsel and wisdom to correct my track.”