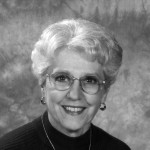 Kay Siewert Williams was bookkeeper and secretary for 17 years at East Henderson High, where her husband Tom was basketball coach, starting in 1966 before she was Hendersonville City Schools’ main secretary for then-Supt. Charlie Byrd and Asst. Supt. Dr. Mary Margaret Ingle. Williams, now 74, helped with student transfer records and ordering textbooks. She mostly kept records by hand, such as on athletic and lunch revenue.

She is among three inductees who join their spouses in the Hall of Fame. The others are the Paces, and Anne Smith whose husband Corum Smith was longtime Balfour Elementary principal. 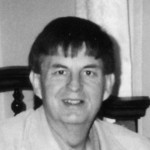 Jimmie Reemes (1951-2004) was a technical whiz, fixing VCRs and other audio-visual equipment in the Nineties to help teachers amplify lessons. The multi-instrumental string musician taught music, in private lessons. “He could easily explain what to do,” said his widow Debbie Reemes Ford, a former school board member. She said he nurtured “self-esteem, to tackle what they thought they couldn’t succeed in.” They played gospel in The Seekers Quartet, in the Seventies. Reemes recorded with the famous Kingsmen. He died at age 52, from a heart attack. He fronted the Thunder Rose Band, long the house band for Monday evening square dancing in Downtown Hendersonville.

Bill Whitmire, 76, coached for 30 years starting in 1963, mainly at Edneyville. He and Tom Pryor were the school’s only coaches for years, with Pryor handling the defense and Whitmire the offense. His quarterbacks included Don Dalton and David Jones, now the school superintendent. Whitmire’s motto for his hard-hitting good sports was “knock their kids down. Pick them up off the ground, and pat them on the back.” Bill and his brothers Blondie, John and Pat Whitmire starred for Hendersonville High, winning four state basketball titles in the late Forties and early Fifties. 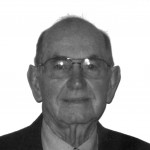 Buddy’s local 32-year football coaching career included leading West Henderson’s first junior varsity from 1963-77, then 16 years in Flat Rock Junior High football which fed East High. He coached such future NFL players as West lineman Mickey Marvin and East back A.J. Greene. Link also coached at Rugby Junior and North High. He taught history, including at East High. The Army veteran drilled and conditioned players hard, concluding JV Falcon practice with wind sprints then runs up a steep hill. “I got after them. I was (Gen. George) Patton,” he said. “I did not accept mediocrity, doing something halfway.” 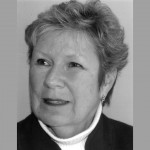 Anne Whitmire, as a Balfour Elementary physical education specialist, implemented state model programs in child conditioning and activities starting in 1977. She taught in her final year, 2002-03, in then-new Clear Creek Elementary. She also taught classroom teachers about leading PE class. When a child’s self-confidence emerges first in sports, she reasoned, “that success is going to come academically, too.” 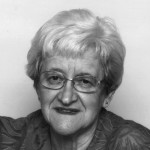 Anne Smith was a remedial reading specialist for 15 of her 21 years teaching elementary school locally. She taught in Mills River for 15 years starting in 1967-68, also in Rosa Edwards and Fletcher. She taught 31 years overall. When reading a story to the class, she sparked imagination by asking what would happen next. She rewarded students who read at home the night before with peanut butter crackers. Her Beautification Table of incentive prizes for excellent work in class included dabbing oneself with perfume or aftershave lotion. She said, “We wanted them to feel they were very special.” 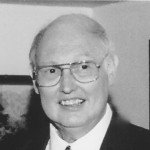 Dan Pace (1934-2010) taught literature and composition in Edneyville High School starting in 1969, and in West Henderson High from 1979-86. He was a minister before finding his truest calling in the classroom and leading field trips to such historical sites as Colonial Williamsburg, Va. There, students “made connections between the development of the country and the development of its literature,” said Pace’s widow, retired Assistant Superintendent Dr. Amy Pace. Dan Pace also chaperoned students to New York City, for plays and other cultural activities. He once said he sought to be his pupils’ “catalyst” for reaching their potential. 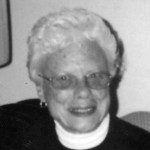 Elmetta Linder taught for 42 years starting in 1958, mostly third grade at Hillandale Elementary. Her “times table race” had students challenge each other in pairs. The first of the two to answer a multiplication question correctly kept or took that seat, trying to advance across the room. She playfully teased students, to help connect with them. “I tried to show I loved and respected them each, as a person.” She is part of four generations of educators. Dr. George W. Fletcher, Fletcher’s founding namesake, is her paternal great-grandfather. 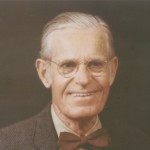 Dean Ward (1904-1991) was a teaching principal at Tuxedo, a feeder into Flat Rock High. Many of Ward’s students went on to academic and professional distinction. Robert Morgan, the famed writer and Cornell professor who attended the banquet, wrote his first short story in 1957 as a sixth-grade assignment from Ward. Ward instructed Morgan to write on how a man lacking a gun or knife might escape the wilderness. Morgan did, with resourceful details. Ward’s view was “language should be articulate, lucid, and grammatically correct,” noted his son Scott Ward, 70, who epitomized that himself. He was a rare books librarian at Harvard, before working for the Defense Department specializing in nine languages.