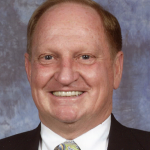 “Chat” Jones (1949-2012) helped the community and youth in particular in many ways, as a Good Samaritan and devoted historian. A 1969 Edneyville High graduate, Jones chronicled local history including school history, collected photos and press clippings and gave multi-media presentations. He and his brother, Donnie, started the Special Needs Baseball League two years ago. Chat was a founding member of the committee that established the HCEF Hall of Fame. He ran Jones Auto Sales. He was very active with Kiwanis Club of Hendersonville, serving as its president in 1987. He also founded the faithfully kept up with the effort to provide diapers for babies of single moms who were attending Balfour School.