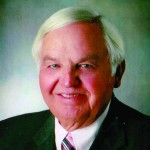 Barnwell taught for a decade, starting at Dana in 1957 and as one of East Henderson High’s first instructors. He rose into the central office, where he soon oversaw facilities and federal programs for nearly two full decades until 1989. He mobilized emergency classes after arson fires in 1971 and 1973. He saved money with more efficient school energy use and purchase orders. He extended reading and other help for low-income students in 1978, in a state pilot program. He served on the school board, later another decade as consultant for building many recent elementary schools.